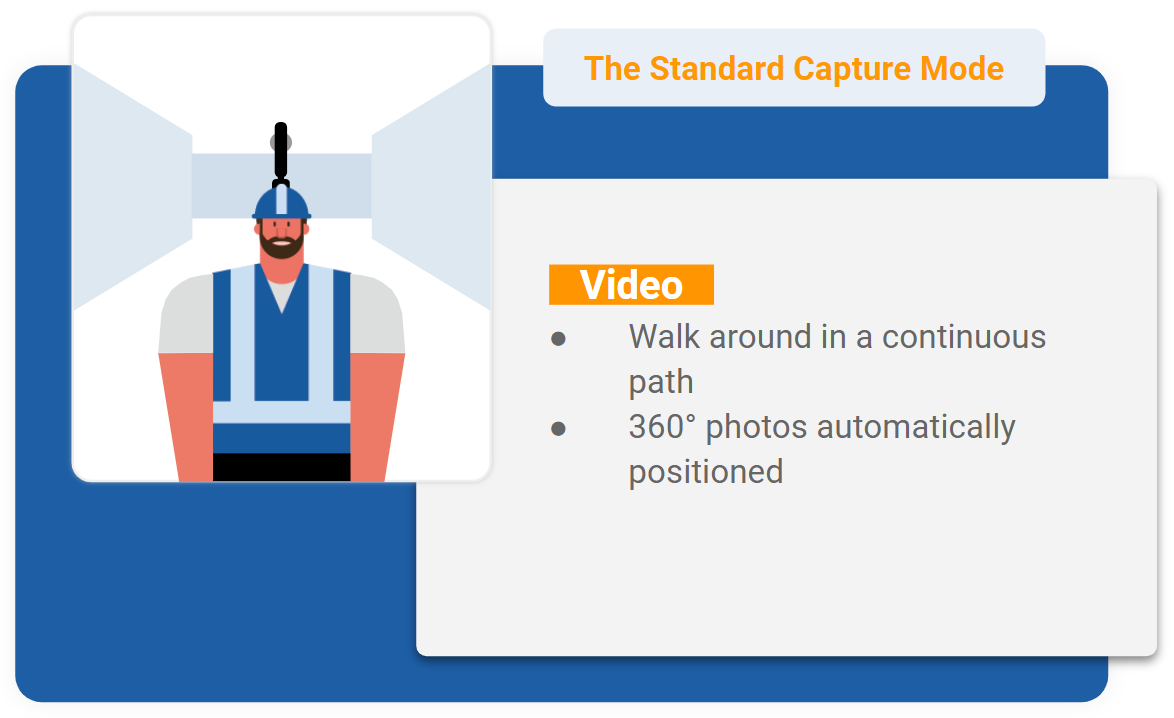 Here is an example of a GOOD video walking path: 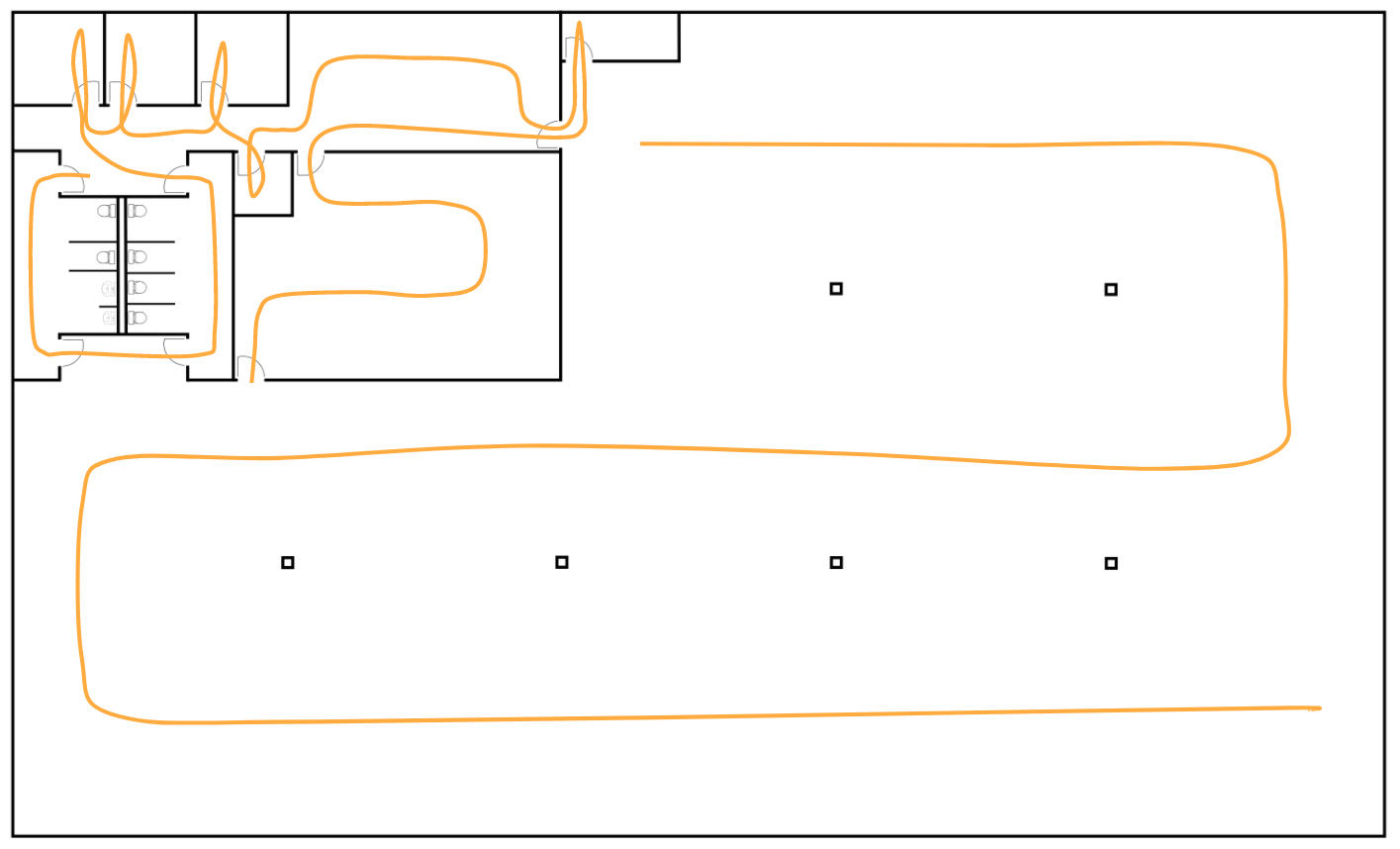 Here is an example of the BEST video walking path: 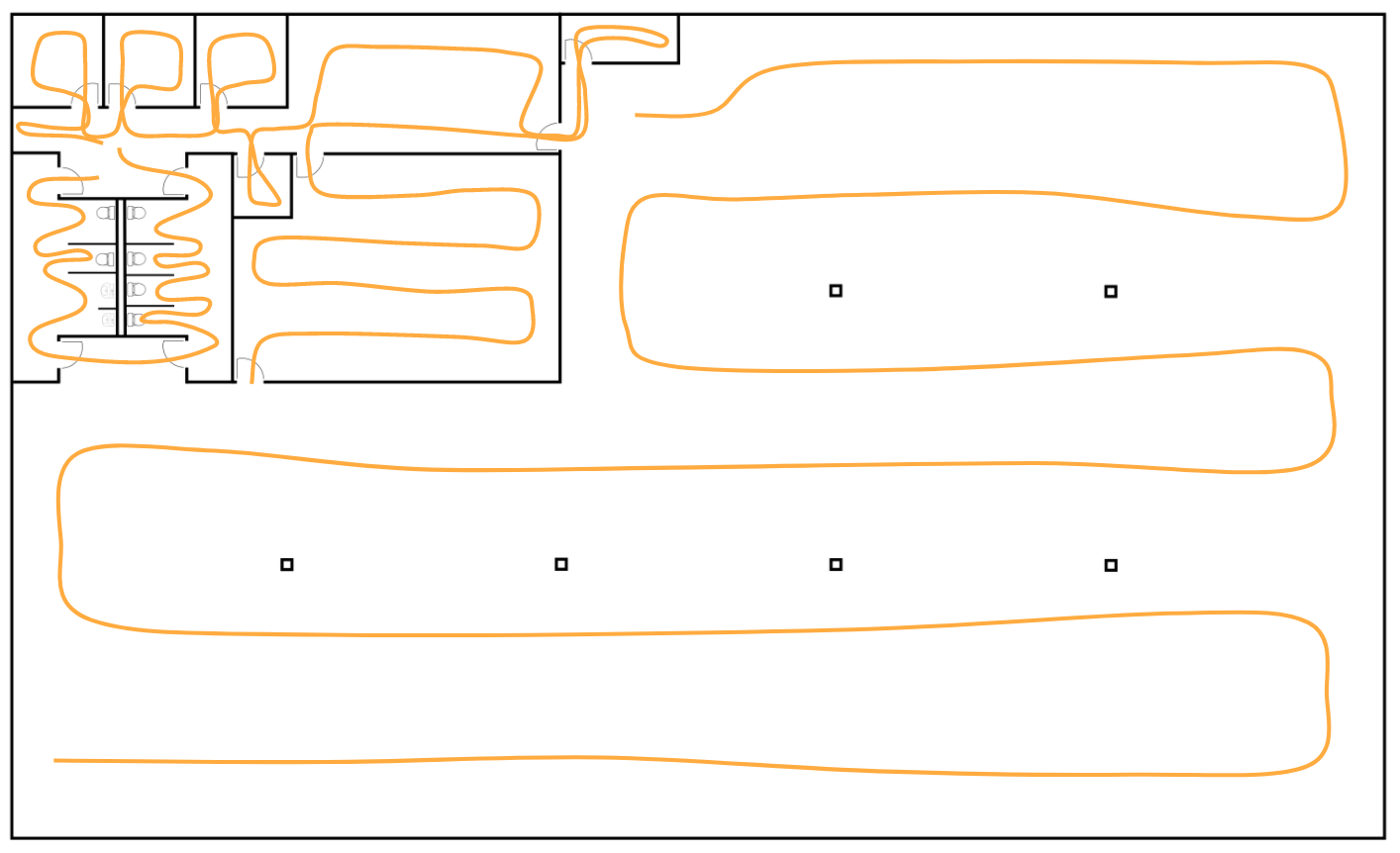 Notice how there is less spacing in the walking path above. In general, walking more in an area is better than less.

Before creating a capture, familiarize yourself with the location and plan your path by walking through the site with the reference plan you will use. Planning the path prior to recording ensures you won't forget to capture certain areas that are easy to overlook. This is especially important if you will be creating and comparing multiple digital twins of the same site using captures taken on different dates. You do not want areas like rooms or short hallways to be missing in the final capture.

Practice your Capture
Prior to recording long video captures of a site, we highly suggest doing a short practice capture and uploading it using the Cupix Capture App. Practicing will help you find the best walking speed, acceptable arm/head movements, and path for the actual capture.
Minimize Shaking

Walk slowly and steadily during the entire video capture to prevent blurry photos.

Slow down, even more, when turning.

When using the helmet mount:

When using a selfie-stick, avoid shaking it or moving it around quickly.