When creating captures in Single Shot Mode with a 360° camera mounted on a tripod, your goal is to take 360° photos in a way that generates crisp, clear images. You also want to make sure that you are not in these photos as well, so we strongly recommend hiding out of frame when taking photos.

There are a few things to keep in mind when selecting where to take each photo:

Also, we always strongly recommend that you practice this capture method with the hardware setup you plan to use before going onsite. 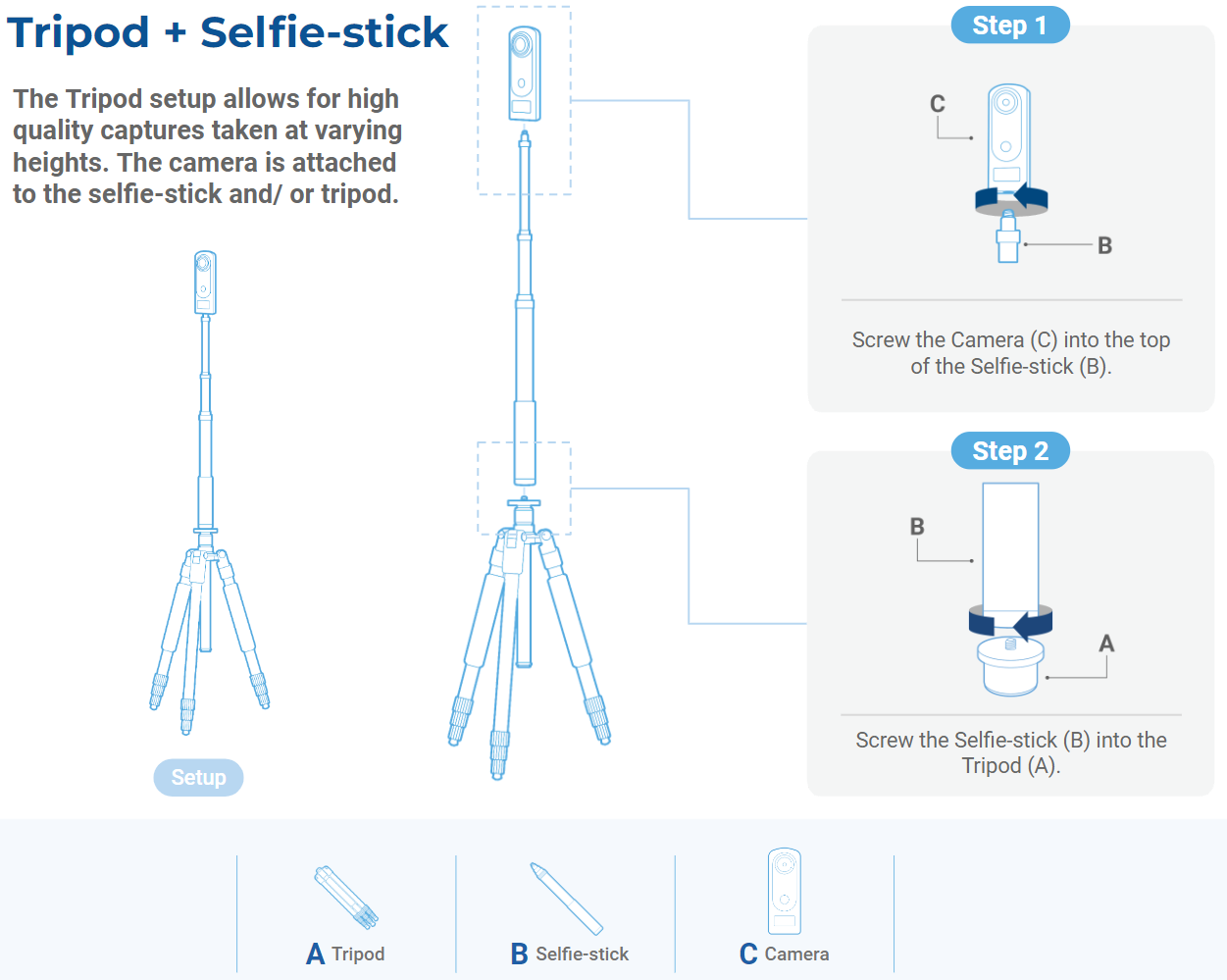