Content in CupixWorks is organized in a hierarchy as shown in the following figure.

A Team will have a Workspace under which they store all information.

A Workspace can have multiple Projects, each of which represents one jobsite or building

Projects are further subdivided into Levels, and each project can have multiple Captures (digital twins) split into Areas located in certain regions on a Level. You can Setup each Project by adding the jobsite’s address, uploading BIM models and reference plans, and creating forms and Reports.

Captures from different dates that have been finalized are bundled together with BIM(s) and reference plans, and are shared as SiteViews. 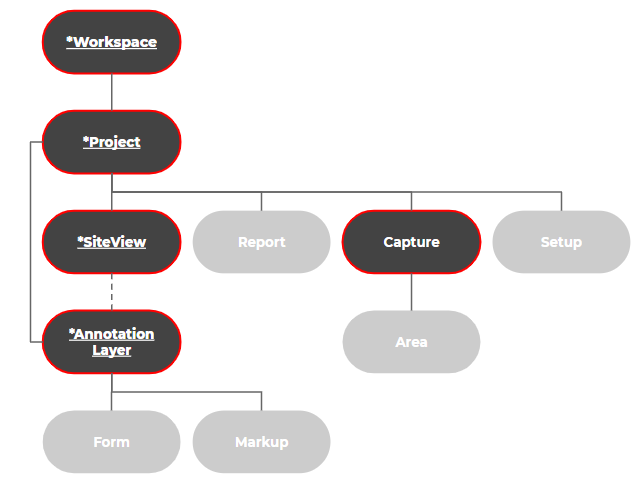 The following five items can be shared with groups or members of your team:  Workspaces, Projects, Captures, SiteViews, and Annotation Layers.

Note that members or groups given access to a certain item with a selected permission level will have the same access permissions to all subitems.