CupixWorks provides two intuitive methods to measure a 3D distance from 3D-mapped 360° photos. They do not require 3D point cloud or mesh data when locating 3D coordinates of a dimension. 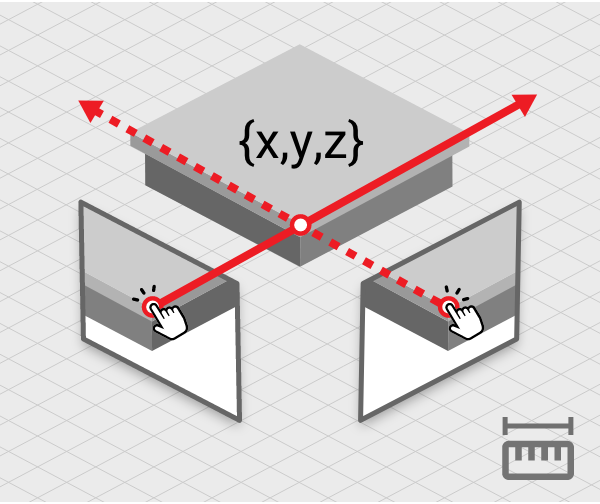 The main idea of this patent-pending method is when we know two pixels from two photos were projected from the same 3D point, we can define the 3D point by reversely projecting them in the space and triangulate the crossing point as long as photos are 3D mapped (in other words, the position and orientation information of photos are available).

Pick a point on the floor

This method allows you to defined a 3D point by picking a pixel on the current 360° photo assuming the point is on the floor. Technically the floor is defined by an infinite plane facing upward and passing {0,0,0} point.  CupixWorks calculates the 3D point by intersecting the floor and the ray originated from the camera center of the 360° photo and directed to the pixel you picked.

The measurement, inevitably, will have a degree of accuracy, which mainly depends on the accuracy of 3D mapping. There are three levels of measurement accuracy that arise depending on the mode of capture used to create digital twins.  For more information, refer to the article on Measurement Accuracy.